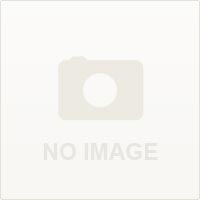 Flutter is the new Cross-platform Mobile Development Framework created by Google, which allows developers to build Android ,iOS and Web Apps with one single codebase!

Flutter is the BEST way to create cross-platform apps that otherwise would require two distinct mobile development teams to create.

Why is Flutter a BIG Deal?

Flutter is a big deal because any developer ( or anyone who wants to learn mobile development ) can now build native Android and iOS apps with one codebase ONLY! This means, instead of having to learn Objective-C or Swift to build iOS apps, and Java, or Kotlin to build Android apps, you can now use Flutter Mobile Development Framework to build apps that run natively on both iOS ,Android and Web devices using the General-purpose Dart Programming Language.

This course is fully hands-on, in which you'll get the chance to practice and learn:

How to understand Flutter Mobile Development by building apps, incrementally

How to design, build, debug Flutter Android and iOS Apps

How to build robust apps with Flutter.

Data Structures: How to work with collections, such as Lists and Maps.

Are you ready to get started with Flutter?  Let's do it!

1. What are the requirements?

2. What am I going to get from this course?

In today’s world, computer programming is a ... Read More